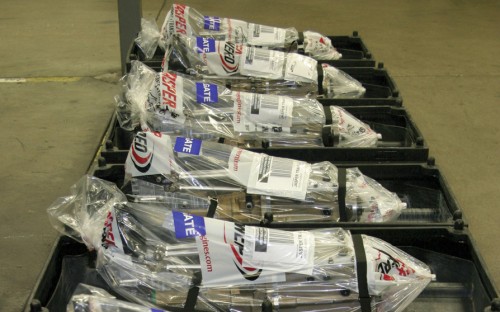 The 2011 racing season is almost here. The NASCAR Driveline Division of Jasper Engines & Transmissions looks to build upon the success of the 2010 season by building transmissions and rear end differentials for some of the top teams in NASCAR.

â€œWe are leasing more transmissions this year and have some quotes out to some other teams,â€ says DeKemper. â€œIt looks like our division will be as busy, or busier, than last year.â€

In 2010, JASPER incorporated a single-rail version of its 4-Speed Race Transmission into its offerings. This style of gearbox allows a single external rail to rotate and move two internal forks to engage the four forward gears. This makes the transmission lighter in weight and allows for fewer parts outside of the case. â€œThere is less chance of debris getting caught in external components,â€ added DeKemper. â€œThe bottom end of the transmission is the same as in previous years, so we know thatâ€™s bulletproof.â€